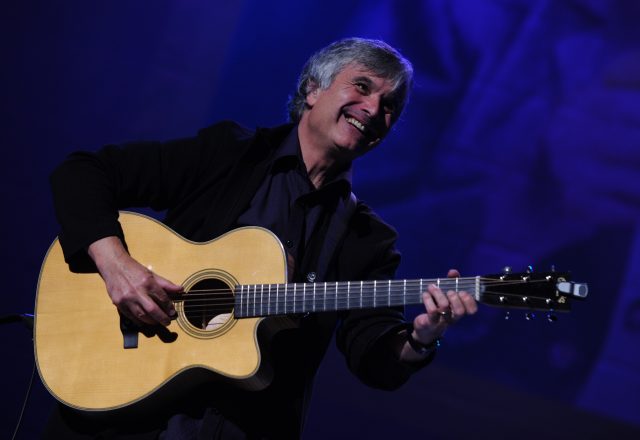 GRAMMY® winning guitarist Laurence Juber is a solo performer, recording artist, composer and arranger. His playing fuses folk, jazz, blues, pop and classical styles, creating a multi-faceted performance that belies the use of only one instrument.

A music graduate of London’s Goldsmith’s College, he was featured guitar soloist with the National Youth Jazz Orchestra before becoming established as a studio musician in the mid-1970’s. First internationally recognized as lead guitarist in Beatle Paul McCartney’s Wings, with whom he won a Grammy, Juber has since established himself as world-renowned guitar virtuoso and entertainer.